Tallgrass is a collection of instrumental folk and traditional songs arranged by Bret Boyer (acoustic guitar) and Joslyn Boyer (upright bass and vocal). Available on all streaming platforms! 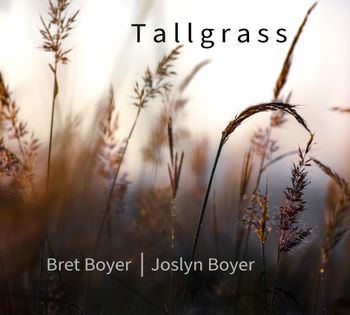 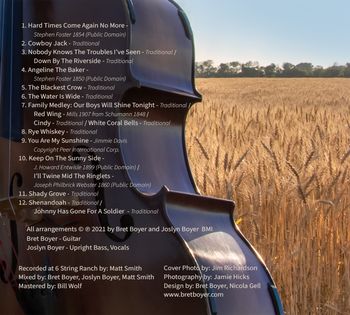 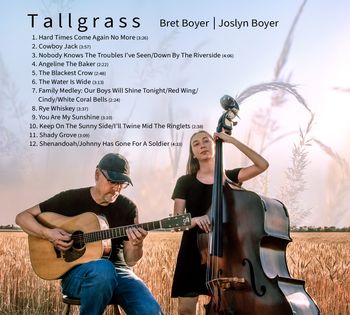 The Tallgrass Prairie in Kansas is one of my favorite places.  It's located just a little north of Strong City on Highway 50.  Its wide open beauty reminds us of this music.

We used a photograph by Jim Richardson for the cover of the album.  Jim is an amazing photographer and person.  If you want to see unbelievable photographs of the Tallgrass Prairie, click this link above.

Playing these songs is every bit as familiar to me as my instrument. The first day I got my bass, I started learning these tunes. I had grown up hearing them, so I was delighted to be a part of their story in our family. This music connects me to my roots, and allows me to contribute to something greater: the history of these songs, and what they meant to so many people.

My grandpa (Harry Boyer) was a millwright, a carpenter, and folk harmonica player.  He was born over 100 years ago in what he called “The Dakotas.” He grew up in a family that played music together.

When I was young I was fortunate to spend a lot of time with him. We would start off learning about tools — how to sharpen a knife, how to set the blade on a hand plane, how to blunt the end of a nail and rub it in the wax at the end of your hammer so as to not split the board. He would show me the best way and then would smile and say — “a dumb guy would do it like this” and show me what you shouldn’t do.

After working with the tools we would sit together, and he would get out his harmonicas.  The music he played would fill my spirit.

I asked him once if he remembered when he learned these songs?   He said, “I don’t know, I’ve always played harmonica. You know we used to have a harmonica, an accordion, a guitar, and a piano. Whoever got to ‘em first just sat down and played. We didn’t have no music; we just played.”  I loved the idea of music being inseparable from your day-to-day life.

When Joslyn was born, I wanted to pass this music down to her.  I wanted her to learn music the way we learn language — naturally, organically.  When you know one chord, you play one-chord songs. When you know two chords, you play two-chord songs.  We have played music together nearly all of her life.

I often describe playing music with Joslyn as our version of playing catch, and I think it’s a fitting way to describe the interaction between musicians.  We “play catch” with these songs by passing the melodies back and forth and by playing something a little different every time through the tune.

These are family songs, but they are also American songs and their influences come from as many places as we do.

I hope you enjoy this music. 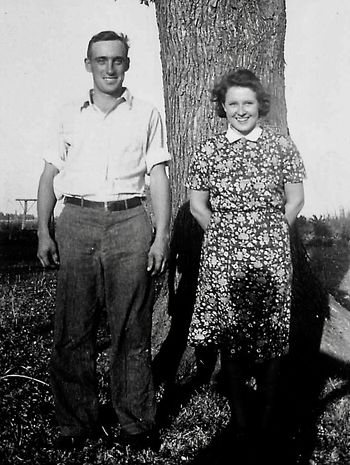 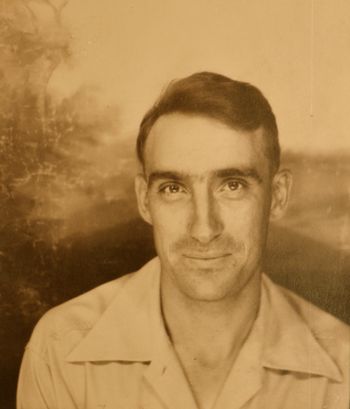 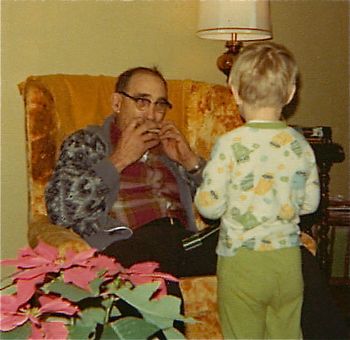 About recording at 6 String Ranch in Austin, TX -